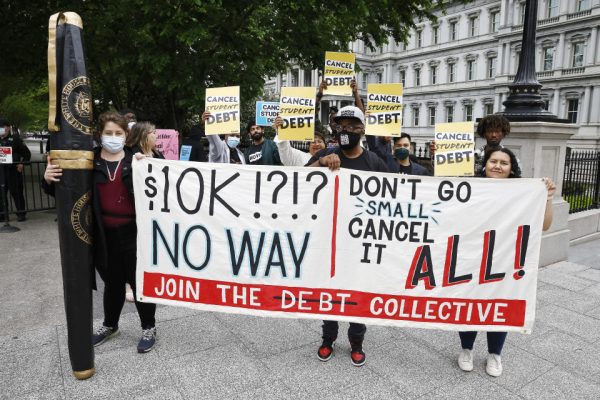 Student loan borrowers are moving into the new year with uncertainty. President Joe Biden’s game-changing student, loan forgiveness program lies in the hands of the Supreme Court. The pandemic-related pause on student loan payments remains in effect, but a restart date depends on when the Supreme Court rules on the forgiveness program– it could come as late as summer’s end.

For now, significant changes are coming in July to the existing Public Service Loan Forgiveness program that helps government and nonprofit workers. A new income-driven repayment plan that could lower payments for specific federal student loan borrowers is being drawn up.

In late February, the Supreme Court will hear arguments in two cases regarding Biden’s student loan forgiveness program, which could deliver up to $20,000 of debt relief for millions of low- and middle-income borrowers. A decision on program adoption is expected to move forward in June, but it is on hold, and no debt will be discharged under the program.

Biden announced his plans for student loan forgiveness in August. The Department of Education received about 26 million applications for debt relief by the time a federal district court judge struck down the program on November 10.

Lawyers for the Biden administration say that Congress gave the secretary of education “expansive authority to alleviate the hardship that federal student loan recipients may suffer as a result of national emergencies,” like the Covid-19 pandemic, according to a memo from the Department of Justice. However, litigants argue the Biden administration has exceeded its authority. Recent Supreme Court decisions have ruled against aggressive agency actions.

The pandemic-related pause on loan payments is going strong for the third consecutive year. Though fees were previously set to resume in January, the Biden administration extended the break after federal courts halted its student loan forgiveness program. Officials had told borrowers that debt relief would be granted before payments restarted.

The payment pause will now last until 60 days after litigation over Biden’s student loan forgiveness program is resolved. If the program has not been implemented and the litigation has not been resolved by June 30, payments will resume 60 days after that. Borrower balances have effectively been frozen since March 2020, and since then, interest has stopped adding up, and collections on defaulted debt have also been on hold.

The benefits come at varying degrees of helpfulness for borrowers. The government has paid $155 billion through the end of 2022 for the yearlong pause.

The Public Service Loan Forgiveness program allows certain government and nonprofit employees to seek federal student loan forgiveness after making 10 years of qualifying payments. Yet, a yearlong waiver that expanded eligibility for the PSLF program expired on October 31. Under the new rules, borrowers can receive credit toward PSLF on late payments, in installments, or a lump sum. Prior authorities only counted a payment as eligible if it was made in full within 15 days of its due date. Specific periods of deferment, such as cancer treatment, military service, economic hardship, and time served in AmeriCorps and the National Guard, will count toward PSLF. Additionally, the new rule will consider the new standard full-time employee work week to be 30 hours.

Changes to Biden’s plan could impact roughly 8 million people currently enrolled in income-driven repayment plans and open up the programs for more borrowers. This would reduce monthly debt burdens and the total amount borrowers pay over the lifetime of their loans.

Those with federal student loan debt incurred during undergraduate school can expect the new regulations to cap payments at 5% of a borrower’s discretionary income, down from the 10% offered in most current income-driven plans. Single borrowers making less than $30,600 per year would not need to make any payments under the proposal, up from the current $24,000 threshold.