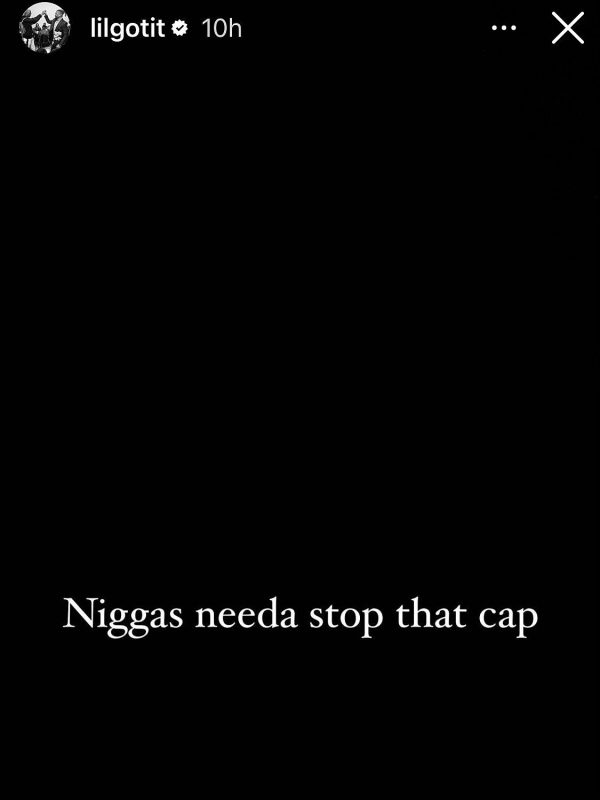 6ix9ine isn’t the only person that isn’t a fan of Gunna making his return to Instagram and claiming YSL.

On Wednesday (Jan. 11) morning, Gunna hit Instagram and announced he is back. “N***as acting like they switching to a side But it’s only one side. #YslTheLabel #FreeThug & Yak GUNNA BACC!!!!!,” he wrote.

In the image, Gunna is seen sitting in what can be considered a living room with a studio set up, presumably getting ready to craft new music.

Not long after, Young Thug’s brother Unfoonk also fired off what appeared to be a response:

Many social media members were quick to point out Unfoonk also took a plea deal. According to The Atlanta Journal-Constitution, Qunatavious Grier, who goes by the moniker Unfoonk, pleaded guilty to one count of violating the state’s RICO act and one count of theft by receiving stolen property.

Unfoonk’s sentence is 12 years. Two years have been commuted to time served, and the balance will be probation. In addition, he will have to complete 750 hours of community service while not possessing guns. He also has a curfew of 10 p.m. to 6 a.m. unless it involves work, school, or an emergency.

As part of the guilty plea, Unfoonk is prohibited from talking to Young Thug or any other co-defendants. He can also evoke his Fifth Amendment if called to testify.

Unfoonk would provide a statement following his release: