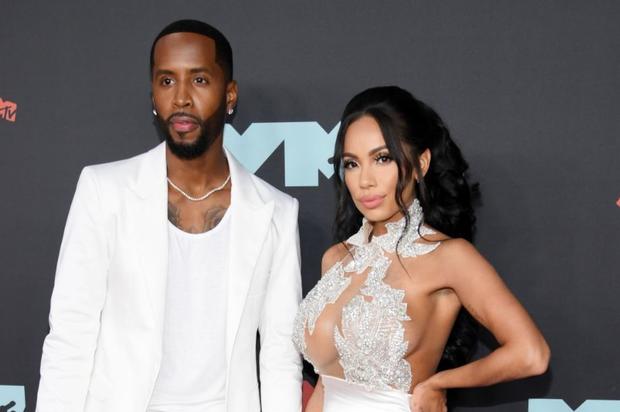 Erica Mena Teases That Safaree Samuels Could Never Leave Her

Divorce is definitely off the table for the “Love & Hip Hop” couple.

There’s no trouble in paradise for happy couple Safaree Samuels and Erica Mena. Tongues began to wag about a potential split after Safaree shared a post on Instagram writing about his bachelor life while tagging “divorce court,” but after rumors spiraled out of control on social media, the reality star resurfaced to refute that his marriage was over.

“A man is nothing without his family,” said Safaree last week. “Im not a bachelor & I love my wife I would never disrespect the mother of my child or wife. Sorry for being childish & Salute to all the real men out there.” Safaree and Erica then shared a video where they were affectionate and doting on one another, and now Erica has returned with a little teasing of her own.

The Love & Hip Hop star uploaded an image of her with her husband as they were hugged close. “Even if you really wanted too you couldn’t leave me – So take your ass back to bed. We will try this again tomrw,” Erica joked. “(Ladies these Men really be trying it. They forget we run EVERYTHING! Including them).”

In her comments, Hitmaka added, “Nah fr i want a girl to run my life 2.” Well then.