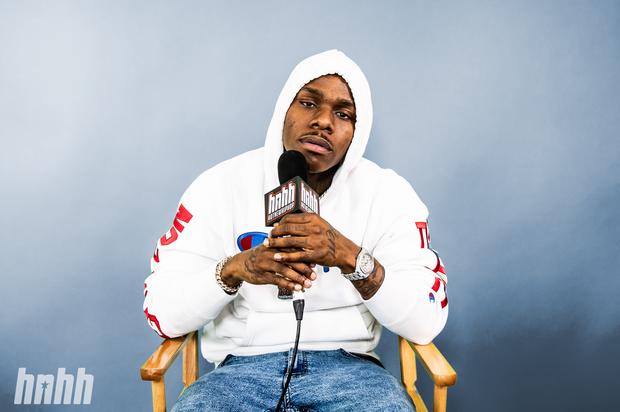 DaBaby was forced to retreat when the assimilatory “Pt Cruiser” meme came-a-knocking.

DaBaby hasn’t taken kindly to the mild interjections of fans in recent weeks. Tensions had seemingly boiled over by the time he jumped on Instagram to issue a stern warning against space invaders. Unfortunately, that PSA did not account for the gaping holes that were left unaccounted for on social media.

During a week where he administered t-shirts made out in his image, DaBaby found himself defenseless to a senseless attack on his good looks. A good number of commenters are of the opinion that DaBaby’s head is shaped like a Chrysler PT Cruiser. Before the joke settled into one unified meme, it would take on many forms, including a doppelgang comparison with an aged cartoon character named Eustace Bagge.

For once, DaBaby took the jokes in stride. As with previous PSA’s, DaBaby filed his retort from a restful, horizontal position in his bed. Although the video starts with blood pulsing through his temple – within seconds, calm sets in as he soon realizes he’ll come up short trying to disseminate the hive nature of internet meme culture. Not to mention, DaBaby rose to prominence through self-mockery, so it’s not as if he’s completely averse to public humiliation, so long as the Ws outweigh the Losses by a healthy margin.