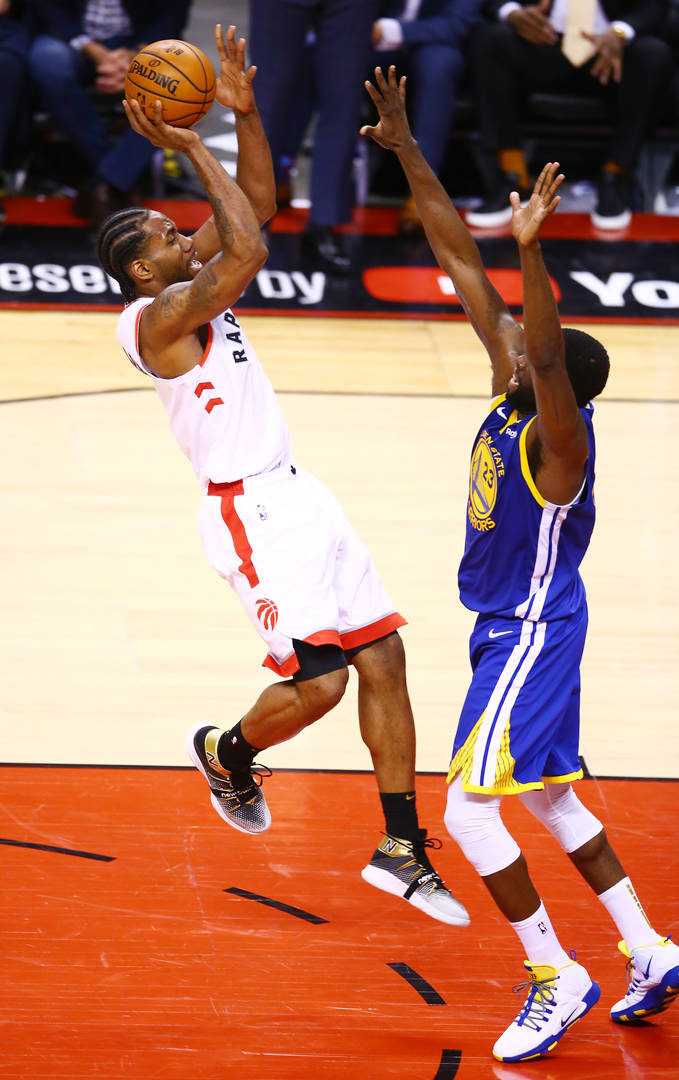 The Toronto Raptors star claims they stole his design without proper authorization.

Nike’s facing a federal lawsuit filed by the Toronto Raptors player Kawhi Leonard who claims the sportswear company used his logo without permission. Kawhi said that his famous “Klaw” logo was created in 2011 after he was drafted in the NBA, but he claims Nike copyrighted the logo without his consent, the Portland Business Journal reports.

Kawhi had a deal with Nike’s Jordan brand when he first got drafted to the NBA which said that he “allowed Nike to use on certain merchandise the logo he created while Leonard continued to use the logo on non-Nike goods.” However, he claims that Nike went behind his back to file an application for the copyright to his logo “and falsely represented in the application that Nike had authored the logo.”

Kawhi said that he traced his hand and added his initials to it as well as his jersey number. He said that he wanted to use the logo for “clothing lines, footwear and on other products and, among other things, in connection with sports camps and charity functions, but Nike explicitly has objected to such uses.”

He requested that the judge set forth that he’s the owner of the logo and to determine that the sportswear brand “committed fraud on the Copyright Office.”

The New York Times previously reported that the L.A. Clippers, who are reportedly trying to sign Kawhi Leonard, have attempted to purchase a portion of the rights to the logo

Zendaya’s Advice To Music Career Hopefuls: “Look Over Those Contracts”