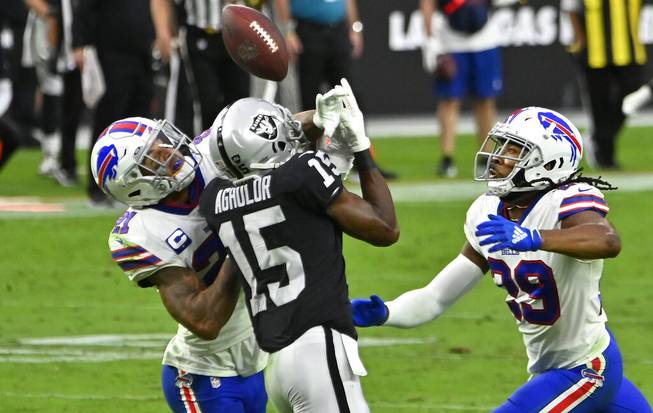 With the time nearing expiration in the morning games, it looked like I was going to start 3-0 in this space. Then came the Houston collapse to spoil the moneyline parlay, a long Lamar Jackson scamper to end the game and the prop play and three straight drives fizzling out to make the Lions-Jaguars total stay under.

What resulted was the worst week of the year so far with a 1-4 record that cut into what had been a surging bankroll. Week 6 was a knockdown; Week 7 is a bounce back.

This total has actually gone down from the beginning of the week, when it looked like Joe Flacco may get another start for the Jets. That makes no sense considering New York is significantly better off with Sam Darnold at the controls. The Buffalo defense is also immensely overrated, sitting 29th in Football Outsiders’ DVOA. All that being said, I can’t bring myself to bet on the Jets anymore. They’ll still find a way to lose, and likely lose by a lot, but they’ll put up some points in the process.

This checks all the boxes for the standard six-point teaser — moving through both the 3 and the 7 in two games with low totals. I don’t know if the 49ers will win in New England, but I project something like a 23-17 or 20-17 game. Eight-and-a-half points is more than enough. On the other hand, I have a hard time seeing the Chiefs lose to the Broncos, even on the road, even amid a snowstorm.

This puts my two favorite situational spots of the week together. The Raiders are going to be hard-pressed to beat the Buccaneers with an offensive line that hasn’t practiced in two weeks. The Bears’ weekly, low-scoring escape act isn’t going to work against the best offensive team it’s seen so far on the road for a primetime west coast game.

One rushing total under — weekly reminder to check tomorrow’s Raiders’ gameday section for an additional prop — and one rushing total over. The Seahawks struggled against the run, and the Cardinals get attached to their run game too much. This is the perfect setup for Drake to have a second straight big game after he went off for 164 yards against the Cowboys on Monday Night Football.

I’m not thrilled that NASCAR is practically the only option available for this category at publication time, but I’ll try to make the most of it. Harvick has dominated the Cup Series all year, especially on standard 1.5-mile tracks like Texas will present on Sunday. He shouldn’t be available at any higher than 2-to-1 as the playoffs stretch on.