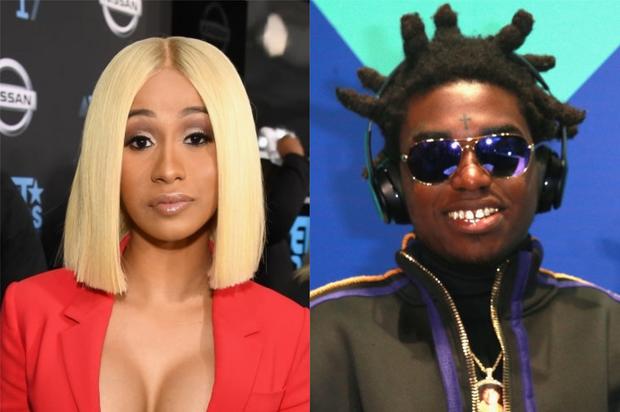 Cardi B says Kodak Black got full credit for “Bodak Yellow” and is also getting rich off the song.

Cardi B‘s breakout hit single “Bodak Yellow” has officially been certified diamond, making her the first solo woman in rap to achieve such a feat. The tremendous accomplishment has been celebrated by a number of forces within the music industry, including Kodak Black, a man who strongly influenced the single’s flows and title. The track interpolates Kodak’s flow in “No Flockin”.

While Cardi has always given Kodak the credit he deserves for inspiring her diamond-certified single, the star was forced to clear some things up on Twitter when a fan checked her, asking why Kodak wasn’t getting any money from the song.

“He got credit on the song,” she clarified on Twitter. “WE both getting rich with the song till we die.. The song is called Bodak Yellow for a reason. You hoes get on this app saying the dumbest sh*t.” The post was shared on DJ Akademiks’ popular blog page on Instagram, where Kodak Black dropped a “like”. The original tweet was accompanied by a screenshot of a HotNewHipHop article from a couple of years ago, in which Kodak praised the superstar rapper. “That’s my twin,” he said in January 2019, suggesting that if Cardi wins, he also wins.

Cardi B also addressed her relationship with “WAP” collaborator Megan Thee Stallion in a recent interview, explaining that she was “too shy” to contact the rapper for nearly a full year.