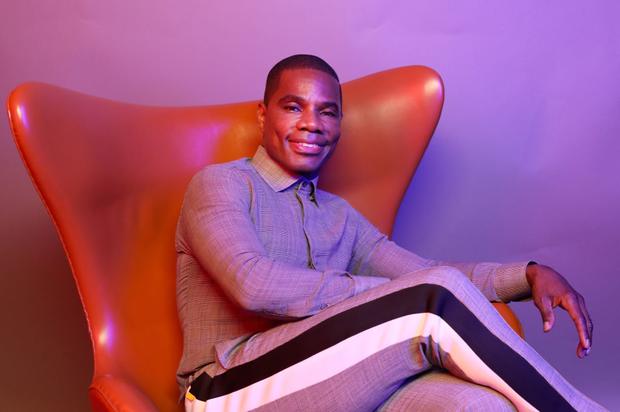 Kirk Franklin says he respects his son Kerrion in his first interview since their private conversation was leaked.

Sixteen-time Grammy Award-winning recording artist Kirk Franklin was in the news over the weekend because of some turmoil within his family. The well-respected singer’s son, 32-year-old Kerrion Franklin, called out the gospel artist and leaked a private phone call between himself and his father, in which Kirk cusses him out and makes threats. “I’ll put my foot in your ass,” said Kirk during the call. “I will break your neck n***a, don’t you ever disrespect me.”

We have been keeping you updated with all of Kerrion’s latest accusations, including his recent post claiming that the gospel artist was also physically abusive. Kirk Franklin is speaking out in his first interview since the scandal broke, sitting down with Tamron Hall to discuss what happened.

Explaining that he’s been trying to help Kerrion work through personal issues for years, Kirk says that he respects his son, but that he won’t be treated as the young man’s equal. “I respect Kerrion. I’m not Kerrion’s equal though. I’m his dad,” he said to Tamron. “I can’t hear you when you are extremely aggressive when we’re communicating,” he added before elaborating that he and his wife have tried “very privately to keep all of the areas that we’ve been working with him in counseling as a private matter.”

“Again, as he’s gotten older, his disrespect has become more aggressive,” said Kirk about his firstborn son. “I’m a father, and I’m a father that has a son, and I have a history, I have a history of a toxic, challenging, turbulent relationship with a grown man now that I’m still trying to fight for. And in that fight it can become so difficult that my humanity, unfortunately that day, won. And I’m going to keep trying, while still continuing to admit that I am an imperfect man fighting to serve a perfect God.”

In a preview of the full interview shared by USA Today, Kirk Franklin also said that he is “confident” that he has never physically abused his son.