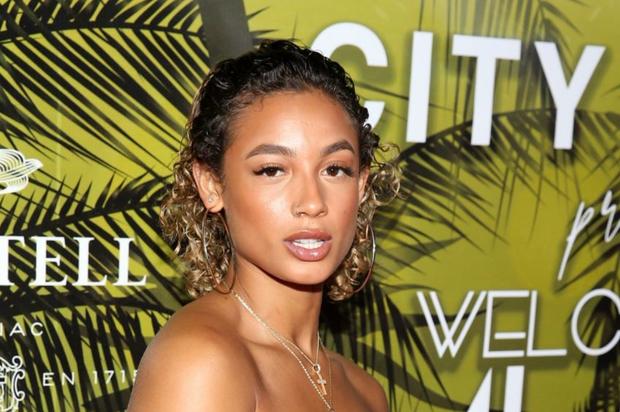 She’s been taking hits on social media lately and says she cries “every other day.”

She seems to go viral after people take jabs at her online and DaniLeigh is struggling with the pressure. The Def Jam artist has been taking a few hits on social media in recent months for a variety of reasons. Last year, she engaged in a Twitter beef with the mother of DaBaby‘s daughter, and later, she and the rapper came forward to announce that they were together. After sharing loved-up posts for a few months, the romance came to an end amid her “Yellow Bone” colorism accusations, and DaniLeigh found herself on the receiving end of trolling and criticism.

What has followed has been rumors about whether or not she’s pregnant and taunting about a recent live performance. Most recently, DaniLeigh caught the attention of Snowfall actor Amin Joseph when she tweeted that she couldn’t get into the show. He told her, “It’s a black thang, you wouldn’t understand.”

Like clockwork, social media once again made the exchange a viral moment for the rapper, and she seemed to respond to all the backlash on Instagram. “I look like an idiot,” she wrote in separate posts on her Story. In another slide, she added, “I feel l cry every other day.. I jus want my life to change already… [broken red heart emojis] I don’t wanna be here no more.. I got no real love around me.”

Immediately, people began to reach out with uplifting messages as they were concerned that she may harm herself. We sincerely hope that she’s linked with her loved ones who will surround her with positivity. Check out the posts below as well as reactions from fans.