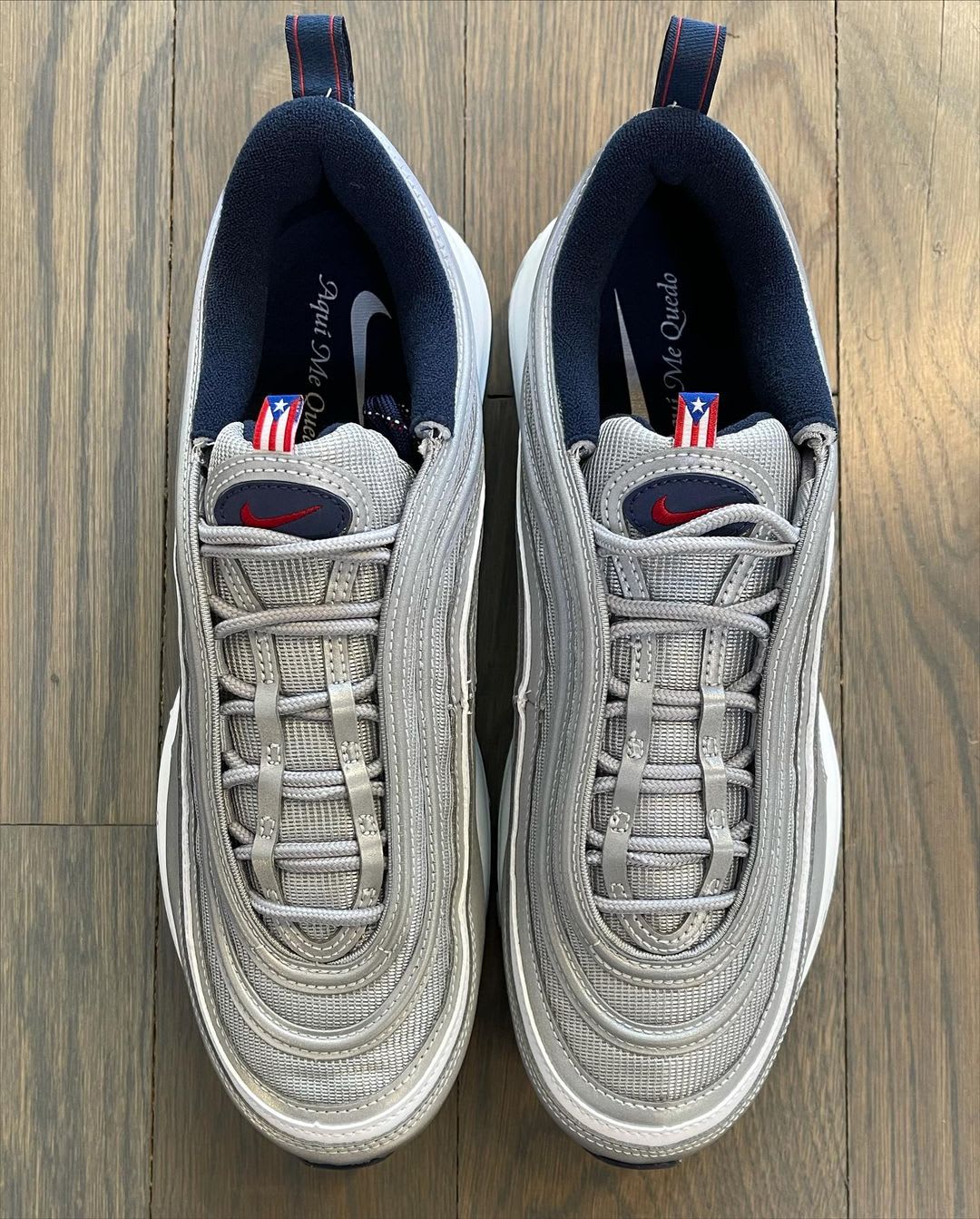 After the retro of the “Puerto Rico” Air Force 1 was canceled last year due to an error with the flag’s placement, Nike is revisiting the theme this year on a new sneaker.

This time around, it’s the Air Max 97 OG that gets a Puerto Rican twist as Manhattan’s annual parade approaches. With the National Puerto Rican Day Parade scheduled for June 13, an Air Max 97 will arrive right on time for the event.

The sneaker itself is a rework of the original “Silver Bullet” Air Max 97 colorway. It features a silver reflective and mesh with the model’s signature radial lines and adds the Puerto Rican flag to the tongue loop as well as the outsole. It also appears that the sneaker will swap its traditional black accents for a dark navy blue.

An exact release date for the Nike air Max 97 OG SP “Puerto Rico” hasn’t been announced, but it should be arriving on or around the parade in June for a retail price of $175. Check back for more details in the coming weeks.