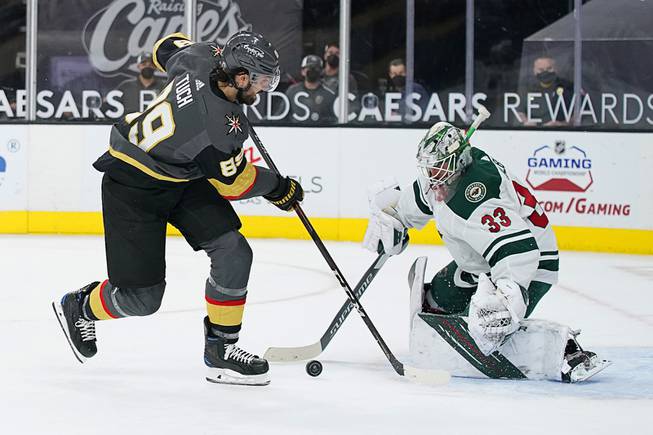 The Golden Knights will kick off the Stanley Cup Playoffs against the Minnesota Wild as the No. 2 seed in the West Division.

The Colorado Avalanche defeated the Los Angeles Kings tonight, clinching the West title and the Presidents’ Trophy as the league’s top seed. That sets up Vegas to host the Wild in a best-of-seven series, which will begin at noon Sunday at T-Mobile Arena and televised on NBC. Games 1 and 2 will be at T-Mobile Arena, as will Games 5 and 7, if necessary.

The Golden Knights finished second in the West, but also second in the NHL, meaning they will have home-ice advantage in every series except if they play the Avalanche. Vegas and Colorado finished with the same number of standings points (82), but Colorado has the tiebreaker based on regulation wins (35-30).