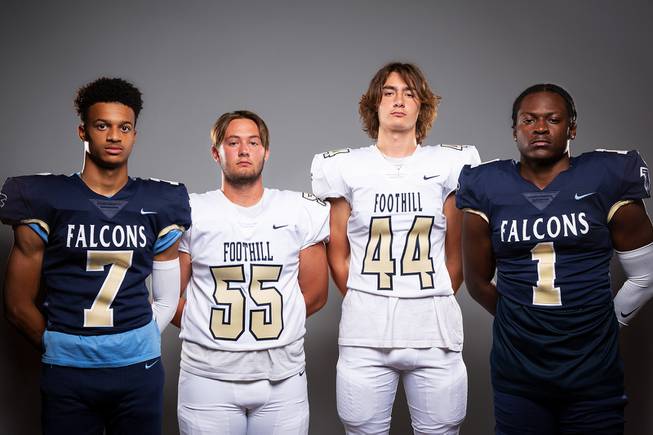 Live coverage: Schedule highlighted by intriguing games in class 5A

Many Las Vegas-area high school football teams will have a different look and feel tonight as game-day rosters are expanding to include players previously ruled eligible for poor grades.

The Nevada Interscholastic Activities Association determined student-athletes whose grade point average dipped under the minimum 2.0 threshold at the end of the last school year could return to competition after three weeks because of hardships brought on by the pandemic. In a typical school year, the wait would have been nine weeks, but officials — knowing remote learning of 2020-21 impacted struggling families — were quick to be accommodating.

Some programs are expecting their rosters to increase by at least 30%, and one school says its roster will double.

We have a handful of intriguing games in the large-school class 5A, including Green Valley at Palo Verde, and Foothill hosting Liberty.

A handful of teams are making their debuts because of cancellations brought on by positive COVID tests, including Coronado opening at Cimarron-Memorial, which is playing its third game. On Saturday, Bonanza will play at host Basic in the first game for both schools. And, then there is Pahrump, which has had both of its games shelved because of coronavirus, and won’t debut until next week.

Additionally, the Cleat Game between Chaparral and Eldorado was postponed until Sept. 17.

Defense leads the way for Arbor View in 44-0 win