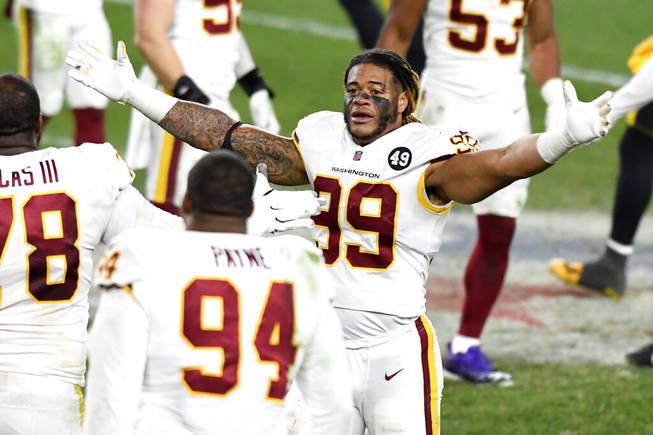 Weekend wagers has reached the end of its journey for now.

Starting next weekend, when football season is back in full swing with both professional and college offerings, the column will transform back into “Sunday Sweats.” I’ll reset the bottom line for a new year and carry over the futures as always planned with a new campaign on the gridiron.

It’s been a good start here in football, as I went 2-1 in the three college plays handicapped for Week Zero and Thursday’s action, helping cut into the losses in what was otherwise my second straight down week. I’m skipping college football in this week’s piece since I already picked every game, but hopefully found a lot of value elsewhere.

Find all of this week’s picks below. Records are attached individually by sport, with the cumulative at the bottom of the page. The monetary figure is calculated by the assumption of a bettor placing a $100 wager on each pick. Any picks outside of the column will be linked and included in the record total. Odds are the best currently available in Las Vegas at publication time.

As someone who’s overexposed with both Jon Rahm FedEx Cup futures and low-score, sans starting strokes this week — not to mention a FedEx bet on DeChambeau as well – it’s been frustrating to watch Cantlay this week. He’s in such a rhythm coming off the BMW Championship, and Atlanta’s East Lake Golf Club sets up perfectly for his accuracy-based game. It’s a lot more of challenge for DeChambeau, who can’t overpower this course like he did last week at Caves Valley to get into a playoff with Cantlay. DeChambeau couldn’t best Cantlay there, in an environment that suited him, so it’s getting harder for me to believe he can do it this week. Anything can happen in one round, and I’ll actually be thrilled if I’m wrong and DeChambeau makes a surprise charge up to the leaderboard. This might be a little bit of a hedge considering my pre-existing positions, but it’s a hedge that holds value.

Shore, a 26-year-old Welshman, is perhaps the UFC’s brightest prospect at bantamweight. And in this day and age, even if the promotion says otherwise and it’s not nearly to the extreme of boxing, the UFC feeds their brightest prospects favorable matchups to help build their hype. This is a favorable matchup for Shore, who should overpower the tough but defensively mediocre Sholinian. This proposition wager has come down from +200, but I’d still play it at least all the way to +150. For the sake of transparency, I’d like to point out that these method-of-victory wagers have tanked my UFC record in this column. There’s an argument to be made that I should stop boxing myself into narrow win conditions here, but I’m not ready to give up yet. Some of these numbers are consistently off and it should be only a matter of time before taking them pays off.

Ian Anderson, the Braves’ 23-year-old starter today, has good stuff and a bright future ahead of him. He’s just hard to completely trust at this point of his career, liable to follow up a great start with one where he can’t get out of the first three innings. That’s a scary proposition at Coors Field, where Rockies starter German Marquez is more accustomed and putting together another nice season. The baseball market is tight by this time of the year, but with as well as Colorado has played at home, it should be the slight favorite here.

Like a lion stalking it prey, Martin Truex has been patiently waiting in the shadows for the last month or so. Recent success has eluded him but he’s been open with his strategy to prioritize the playoffs throughout the year. The playoffs start with this race Sunday in Darlington. Expect all of Joe Gibbs Racing, including Kyle Busch, to step it up for the next several weeks. This track just sets up much better for Truex, who’s excelled in races with heavy tire wear and numerous cautions. Or he’s at least fared better under those conditions than Busch. I have Truex as the most-likely winner with Busch all the way back at fifth to make the -110 a must-take price.

The two-team teaser will again be a staple of the Sunday Sweats column, but I couldn’t wait until next week to jump into the fray. Week 1 of the NFL looks like a dream come true for teaser players. There are currently seven games available to pass through the 3 and 7, five of which I particularly like, and two others that could be secondary options in going through 7 and 10. The only question is which games to prioritize. At the moment, these are my two favorites. Washington shouldn’t be an underdog at home to the Chargers, and I’m not sure that line won’t flip by next week. Meanwhile, San Francisco should be safe to at least win in Detroit. It’s going to be a great NFL season, and this could help kick it off in style.