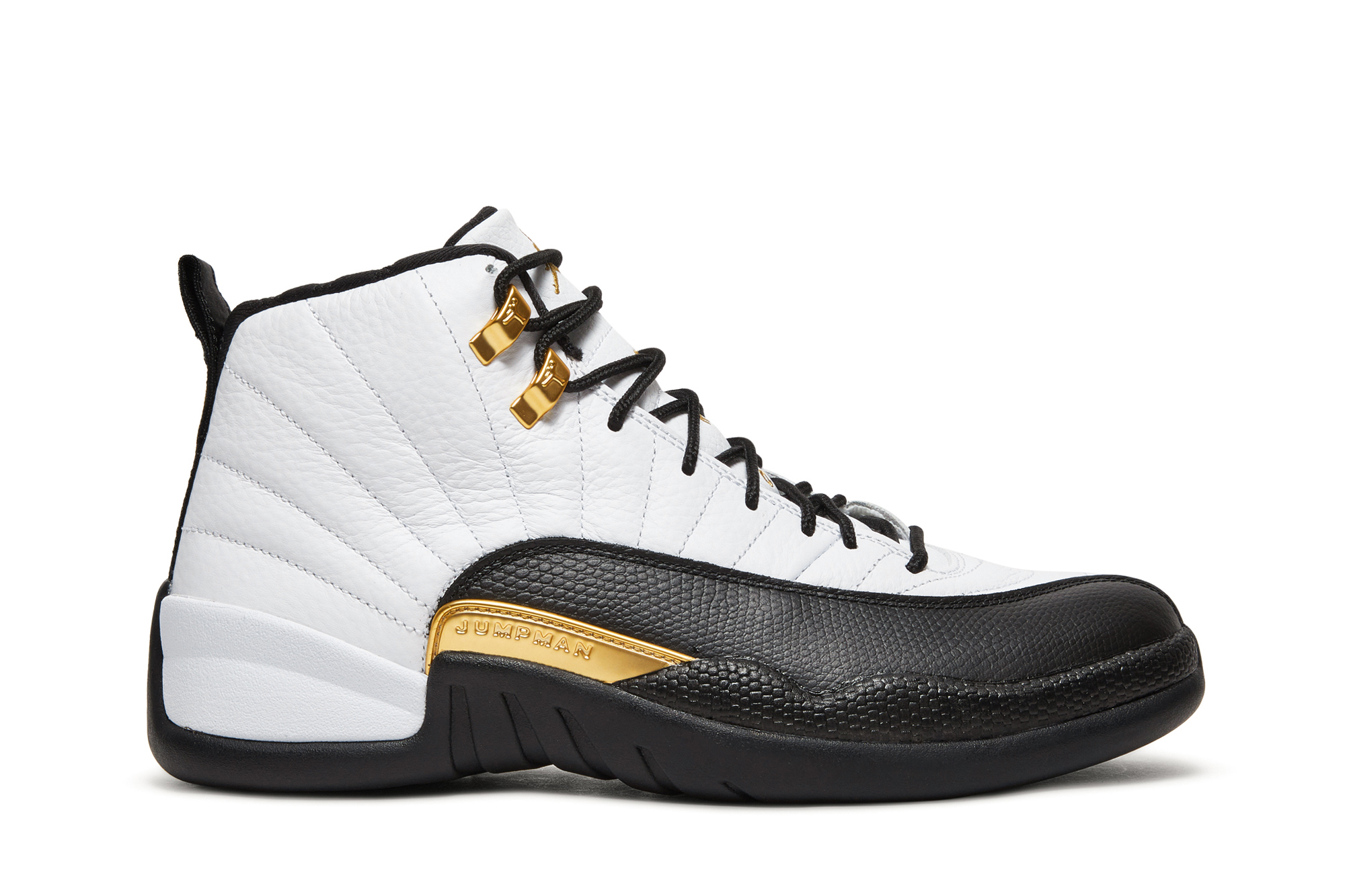 Historically, the colors black and red have distinguished the Air Jordan signature franchise, from Michael Jordan’s “Banned” 1 beginnings and his “Last Shot” 14 finish. While the team tones associated with his playing days in the Windy City define his footwear, Jordan as a player is personified by another shade altogether: gold.

Between his six NBA championships and two Olympic gold medals, Jordan and his on-court excellence is defined by the element that universally represents victory. Because of this, many of his most memorable signature sneakers have been released or revised with golden accents as a nod to his many accolades.

In celebration of the Air Jordan 12 Retro “Royalty” launch this weekend, we’ve rounded up the best Air Jordan retro releases that feature gold accenting. Take a look at our selects below and shop your favorite styles on GOAT.