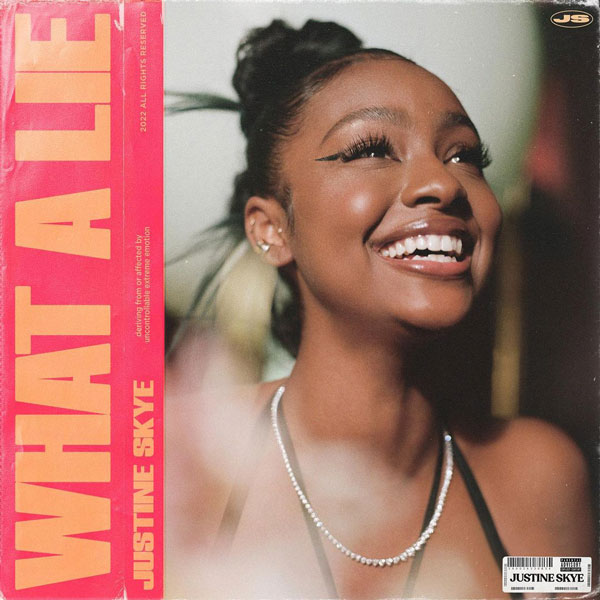 Justine Skye is going on the record.

After exposing Giveon following their breakup, the singer is channeling her heartbreak into a new single. On “What a Lie,” Justine calls out her ex-boyfriend for cheating on her.

“And it blows my mind, happened overnight / What a lie I fell for this time,” she sings. “User, what a loser / No one will ever know how much I put you on / All they’ll ever know is how you sing a song / But what kind of man makes you part of his marketing plan?”

In December, Skye put the “Heartbreak Anniversary” singer on blast over claims of infidelity. Justine revealed that she found out he was creeping behind her back after she got access to his phone and saw that he was texting other women.

“Couldn’t believe I caught you that night,” she sings on “What a Lie.” “Saw the messages in plain sight / How you never thought to delete, like you wanted me to read them.”

Giveon is set to release his new single “Lie Again” next Friday, but it doesn’t appear to be a response to Justine.

“I already know what this weak ass song sounds like anyway,” she tweeted. “It’s not what y’all think it’ll be.”

I already know what this weak ass song sounds like anyway 😒 it’s not what y’all think it’ll be 🤷🏾‍♀️ https://t.co/NNUN90RfJn