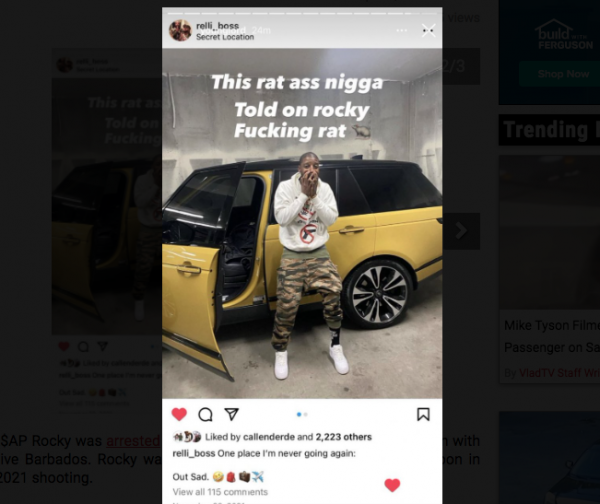 Not long after A$AP Rocky was released on $550K bail after being arrested at LAX on a assault with a deadly weapon charge, fellow ASAP Mob member ASAP Bari accuses ASAP Relli of dropping dime on Rocky because he was allegedly the victim in the crime.

In his IG story, ASAP Bari called out Relli, posting. a pic of him with the caption, “This rat ass n***a Told on rocky F**king rat.”

TMZ reported that an unidentified victim went to police after he was allegedly shot by A$AP Rocky. The victim claimed the rapper pulled out a handgun and shot him in the hand. The victim was said to have a “minor injury” in the shooting and was later treated.

Travis Scott and Future Join Southside on ‘Hold That Heat’