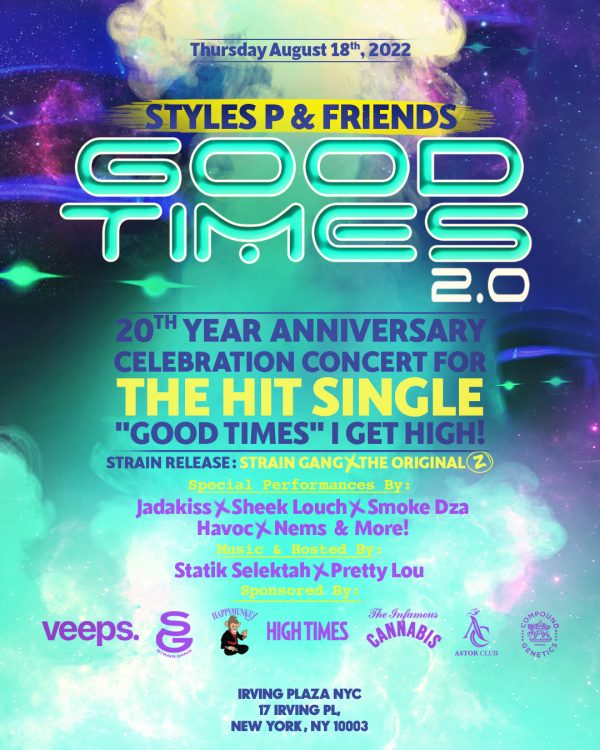 The 20th anniversary of Styles P’s hit “Good Times” from his album A Gangster and a Gentleman is commemorated with a special event. Good Times 2.0 will deliver a natural and physical high from the recollections of the accomplishments of that song on August 18th at Irving Plaza in New York City. Numerous performances, DJs, strain releases, an NFT release, and other events will be part of the celebration.

Styles’ other members of The LOX, Jadakiss and Sheek Louch, will also perform. Along with the trio, Smoke DZA, Nems, a rapper, and Sidetalk NYC star, and Havoc of Mobb Deep will shake the Irving Plaza stage. The Heavy Hitters Pretty Lou and DJ DP One, as well as Statik Selektah from Roc Nation, are the event’s 1s and 2s.

The show will take place on August 18th, 2022, at Irving Plaza, and doors open at 7 pm. Tickets are available at Live Nation.