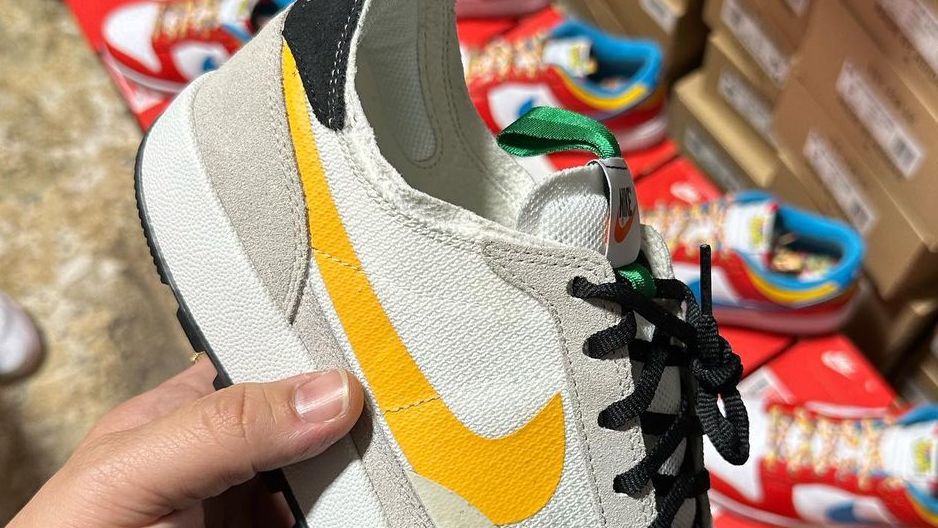 Previewed by @masterchefian on Instagram is a previously unseen Tom Sachs x Nike General Purpose Shoe. Its white mesh bash is overlaid with grey suede paneling while black fills in the shoelaces and heel. Color is provided by yellow on the Swoosh and green accents on the shoe’s distinct pull tabs at the tongue and heel.

In addition to this pair, there’s a brown/black version of the Tom Sachs x Nike General Purpose Shoe expected to release soon. The shoe debuted in a Tom Sachs-exclusive “Studio” colorway followed by the sulfur “Archive” make up which ended up releasing at select Kohl’s locations.

There is no currently no release information for this new General Purpose Shoe, but it’s expected to drop in the near future for a retail price of $110. Check back for more updates.