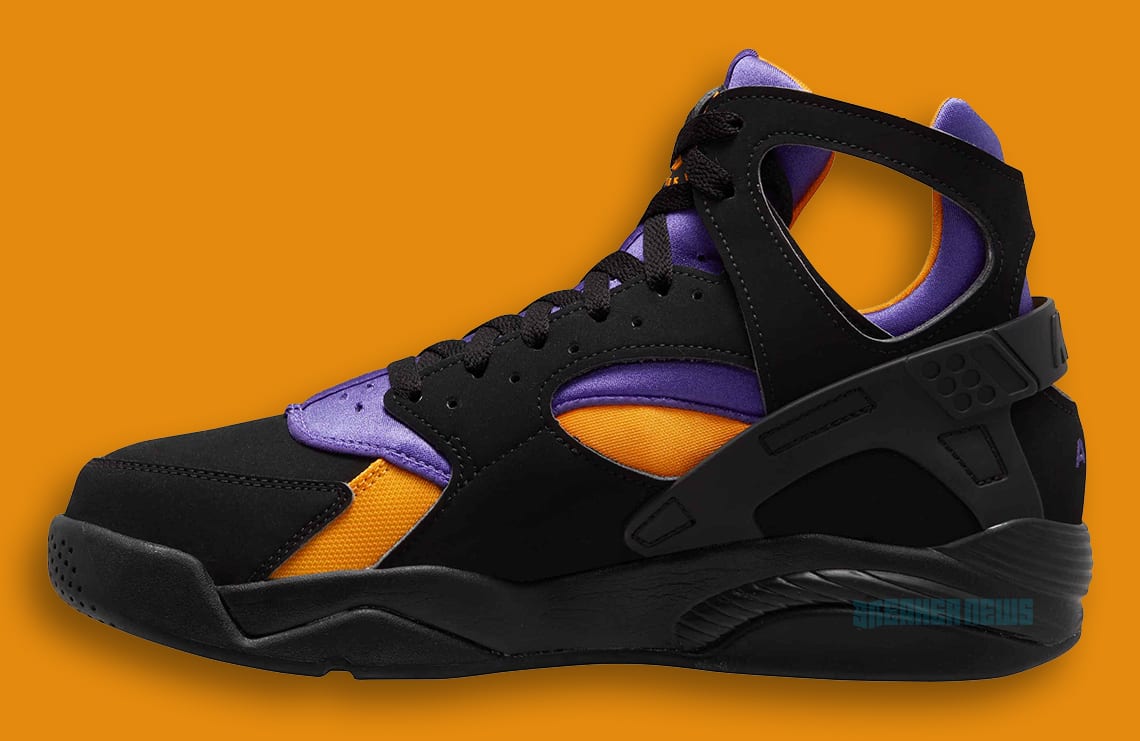 While Kobe Bryant’s sneaker legacy is mostly attached to his Nike signature line, his endorsement deal with the Swoosh has also resulted in him getting numerous non-signature PE styles. One of those sneakers includes this Air Flight Huarache colorway that’s slated to hit retail in 2023.

Shown here is the “Lakers Away” Nike Air Flight Huarache style courtesy of Sneaker News ahead of its scheduled 2023 release. Back in 2003, Bryant became a sneaker free agent after his endorsement deal with Adidas expired. One of his potential suitors was Nike, which created various PE colorways of its basketball sneakers for the Los Angeles Lakers star. One of the models that Bryant wore during that period was the “Home” and “Away” versions of the Lakers-themed Air Flight Huarache. Years later, the white-based pair was released to the public, but the black iteration remained exclusive to Bryant.

At the time of writing, the release details for this “Lakers Away” Air Flight Huarache have yet to be announced by Nike. Check back soon to Sole Collector for updates.