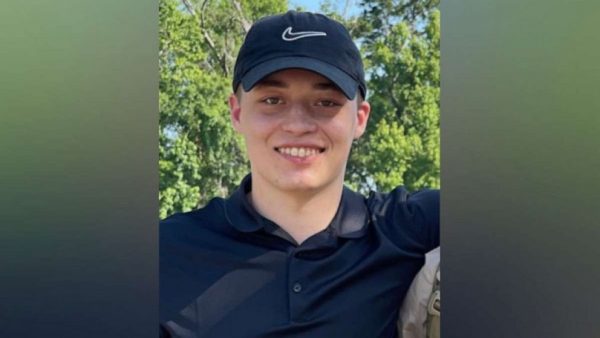 Just after 10 p.m. on Dec. 31, suspect Trevor Bickford went to the Times Square checkpoint at West 52nd Street and 8th Avenue, where officers check bags for weapons or suspicious items, NYPD Police Commissioner Keechant Sewell and police reported. This is where Bickford allegedly pulled out a machete, struck one officer with the blade before hitting another in the head with the handle, and then swung the sword at a third officer, who shot Bickford in the shoulder, according to the sources and the NYPD. The officers have been treated and released.

The Manhattan District Attorney’s office does not currently have details of when Bickford will be arraigned, and it remains unclear whether he has an attorney. NYPD announced that police are suggesting the suspect be charged with two counts of attempted murder of a police officer and two counts of attempted assault in the attack.

Furthermore, the suspect left a backpack on the street camouflaged by a pile of other bags taken from people trying to enter security checkpoints around Times Square. A diary was recovered from the suspect’s bag. The last entry, dated Dec. 31, began, “This will likely be my last entry,” and further instructs readers how to divvy up his belongings among family members. An aspiration to become a member of the Taliban is expressed in the diary alongside criticism for his brother joining the US military and his feelings towards his mother’s presumed negligence of Allah. Sources also reported on the inclusion of instructions for his burial.

“‘There was a time when we were close but that time has since passed. You have joined the ranks of my enemy. And therefore I hold hope in my heart that a piece of you believes so that you may be taken out of the hellfire.’” he wrote, according to the sources.

Before the New Year’s Eve attack, Blickford was placed on the FBI’s radar after his mother and grandmother expressed concerns about his desire to travel to Afghanistan to join the Taliban. The two women reported his behavior to the Wells, Maine, police department on Dec. 10, the sources said.

Multiple law enforcement sources reported Bickford’s interview by FBI agents in Maine in mid-December after he said he wanted to travel overseas to help fellow Muslims and was willing to die for his religion. This prompted a wider investigation, and the suspect was placed on a terrorist watch list. The Taliban is not designated a foreign terrorist entity, so planning travel to Afghanistan to join the group does not constitute the federal crime of “attempted material support of a terrorist group.”

Law enforcement sources reported that Bickford traveled to New York via Amtrak from Miami, checked in at the Grand Hotel near the Bowery in Manhattan on Dec. 29, and checked out on Dec. 31 before initiating the attack. He is currently in custody, and under police guard at Bellevue Hospital, where he is being treated for the gunshot wound, sources said.