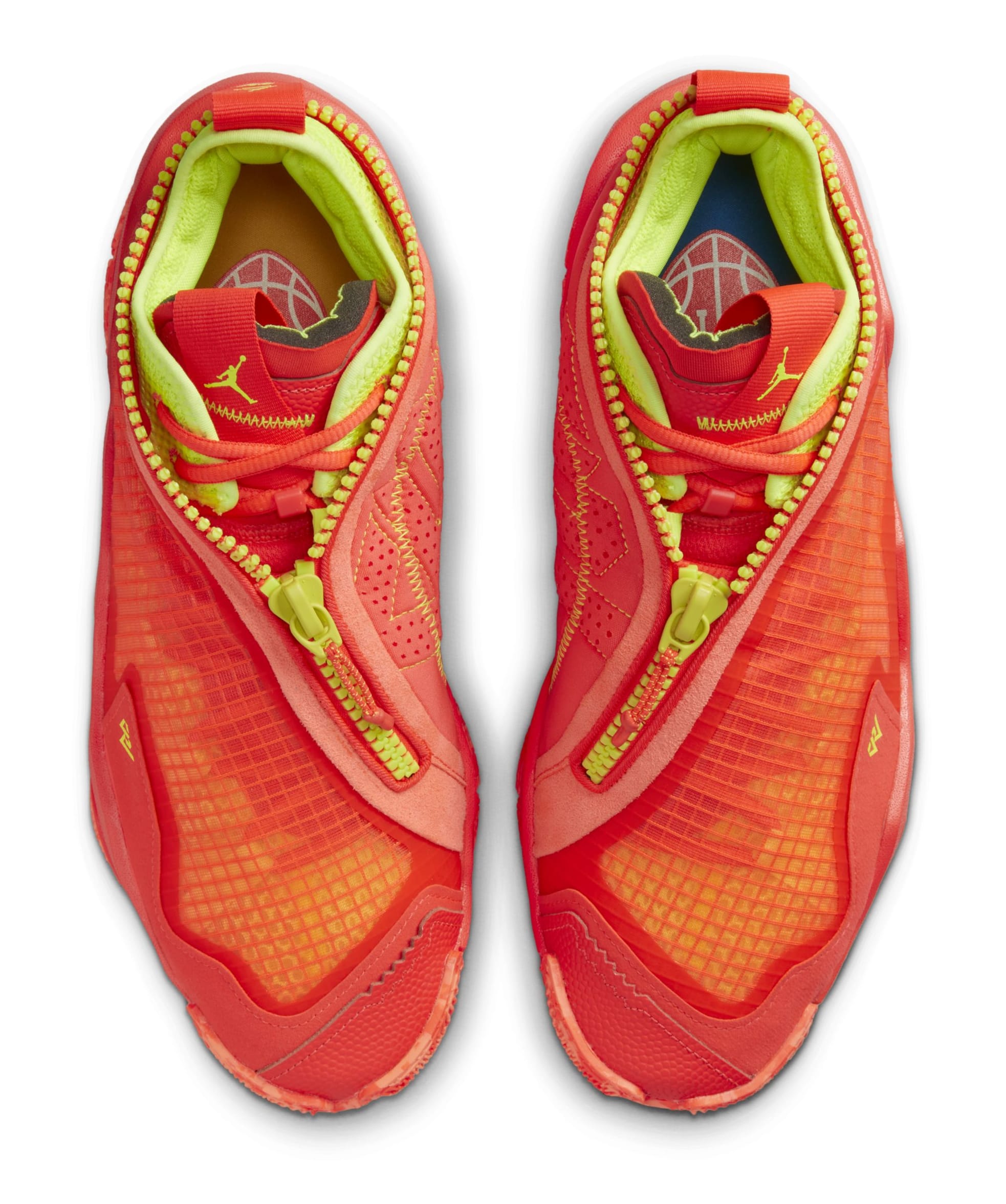 Jordan Brand will continue to expand Russell Westbrook’s signature sneaker line in 2023 with the arrival of his next performance model, the Why Not Zer0.6.

Official retail photos of Westbrook’s Why Not Zer0.6 signature shoe were shared by @US_11 on Twitter today, which possibly indicates that the release may be imminent. In terms of design, the Zer0.6 features a semi-translucent zipper shroud on the upper that conceals the shoe’s lacing system.

Confirming that this unreleased model is indeed linked to the Los Angeles Lakers guard is Westbrook’s signature branding on the lateral side and on the heel’s pull tab. Westbrook’s past signature models featured Zoom Air cushioning at the midsole’s forefoot, so it’s safe to assume this pair will stick with the same formula, although that hasn’t been confirmed.

At the time of writing, Jordan Brand has yet to officially unveil the Jordan Why Not Zer0.6 but we’ll keep you updated if anything changes.